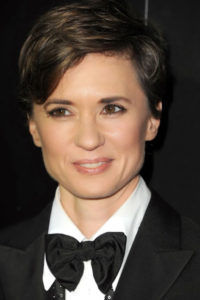 The Key West Film Festival is pleased to announce the inaugural Kimberly Peirce Scholarship for Student Filmmakers. Scholarships totaling $3000 will be presented by Peirce at the festival’s annual awards ceremony. Ms. Peirce will also grant one-on-one sessions to the scholarship recipients to further chat about their projects and careers. Student filmmakers can submit their film to this year’s festival by clicking here.

KWFF has been awarding scholarships to student-filmmakers since 2015 and is honored to have the scholarships now be given in her name. Peirce, a native of Florida, received the 2019 Golden Key Award from KWFF on the 20th Anniversary of the release of her groundbreaking film Boys Don’t Cry, which earned numerous honors including Oscar nominations for Hilary Swank and co-star Chloë Sevigny, and an Oscar win for Swank.

Peirce subsequently co-wrote and directed Stop-Loss, an emotionally penetrating drama inspired by her brother’s military service in Iraq. In 2013 she directed a masterful remake of Carrie that won the People’s Choice Award. In television, Kimberly has directed acclaimed episodes of American Crime, Turn, Halt And Catch Fire, Manhattan, Six, I Love Dick, Dear White People, P-Valley, and Kidding. She is Executive Producer and Director of Impact at A&E. Her upcoming projects include: This Is Jane, the true story of an underground abortion ring in 1960s Chicago, and Untitled, a butch femme romantic sex comedy.

A tireless activist for human and civil rights, Kimberly is a proud Governor of the Academy of Motion Pictures and head of the Diversity Committee; an Executive Board member of the DGA; and a founding member of REFRAME, an industry-wide effort to end discrimination against women and people of color. She is a member of TIME’S UP and the WGA.