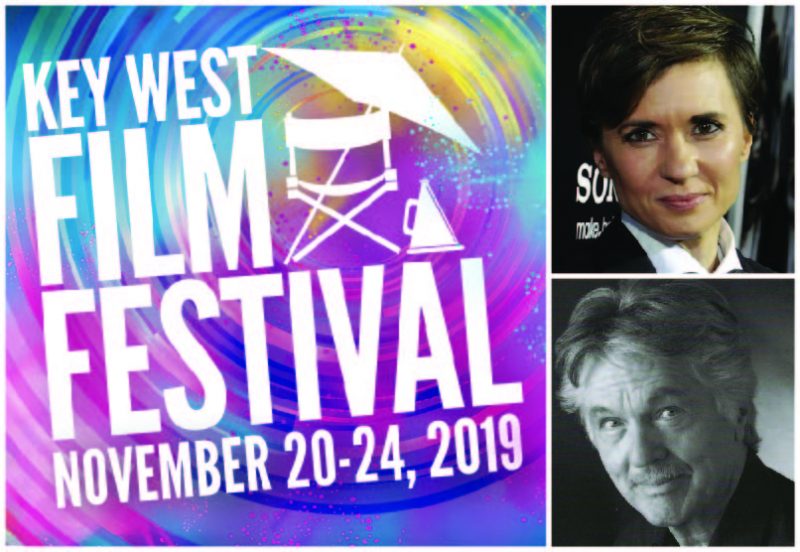 Peirce, a Florida native, will be honored on the occasion of the 20th anniversary of the release of the groundbreaking film Boys Don’t Cry. The festival will screen the film on Friday, November 22, and Peirce will join Eugene Hernandez from Film at Lincoln Center for a discussion at the screening. To mark the 40th anniversary of the seminal sci-fi film Alien, fellow honoree Tom Skerritt will have a Q&A with Rolling Stone’s David Fear at the Thursday, November 21 screening. The film will be preceded by a screening of the award winning short film The Phantom 52, which premiered at Sundance 2019 and stars Mr. Skerritt. Director Geoff Marslett will also be in attendance.

“We are beyond thrilled and humbled to be able to honor both Kimberly and Tom on major anniversaries of two films that broke boundaries and rules for their genre and paved the way for so many future voices to express their creativity. And both mean so much to Key West, as evidenced by its thriving and active LGBTQ community and the constantly creative forces on display through events like Fantasy Fest, which is going on right now.”

Kimberly Peirce staked her claim as a writer and director of singular vision and craft with her unflinching debut feature, Boys Don’t Cry, which earned numerous honors including Oscar nominations for Hilary Swank and co-star Chloë Sevigny, and an Oscar win for Swank.Peirce subsequently co-wrote and directed Stop-Loss, an emotionally penetrating drama inspired by her brother’s military service in Iraq. In 2013 she directed a masterful remake of Carrie that won the People’s Choice Award. In television, Kimberly has directed acclaimed episodes of American Crime, Turn, Halt And Catch Fire, Manhattan, Six, I Love Dick, Dear White People, P-Valley, and Kidding. She is Executive Producer and Director of Impact at A&E. Her upcoming projects include: This Is Jane, the true story of an underground abortion ring in 1960s Chicago, and Untitled, a butch femme romantic, sex comedy.A tireless activist for human and civil rights, Kimberly is a proud Governor of the Academy of Motion Pictures and head of the Diversity Committee, an Executive Board member of the DGA, and a founding member of REFRAME, an industry-wide effort to end discrimination against women and people of color. She is a member of Time’s Up and the WGA.

Two-time Golden Globe nominee and Best Actor winner for Emmy Award series, Picket Fences, Tom Skerritt was born in Detroit. After high school, he enlisted in the US Air Force. Discharged four years later, he entered Wayne State University as an English major. Transferring to UCLA he embraced acting as a necessity for effective writing and directing. Performance in theater led to his first acting role, War Hunt (1962), where he met young hopefuls, Robert Redford and the late Sydney Pollock. His mentors are directors Robert Altman, Hal Ashby, Ridley and Tony Scott. Skerritt’s early good fortune of acting in Altman’s classic M*A*S*H led to several others, including: The Turning Point,Alien, A River Runs Through It, Steel Magnolias, Top Gun and Contact. In 2019 he played the main character in David Guterson’s movie version of East of the Mountains, to be released in 2020. Skerritt performed in John Grisham’s A Time To Kill on Broadway. He also performed with the Pacific NW Ballet as Don Quixote in 2012 and 2015.Along with Stuart Stern and other film and story educators, he founded The Film School in Seattle. With the success of The Film School, Skerritt redesigned a program to teach storytelling to transitioning PTS vets at JBLM, Fort Lewis. Six years into the program the RED BADGE PROJECT is achieving success with additional programs helping women and Vietnam vets reconnect with themselves.

ABOUT THE KEY WEST FILM FESTIVAL 2019

KWFF strives to showcase the best of Florida filmmaking talent, while highlighting visiting filmmakers and industry leaders through discussions and workshops, with access to some of the biggest names in the film business. The festival also looks to support the next generation of local student filmmakers with scholarships and other key awards.

Full program information is to be announced on October 30.