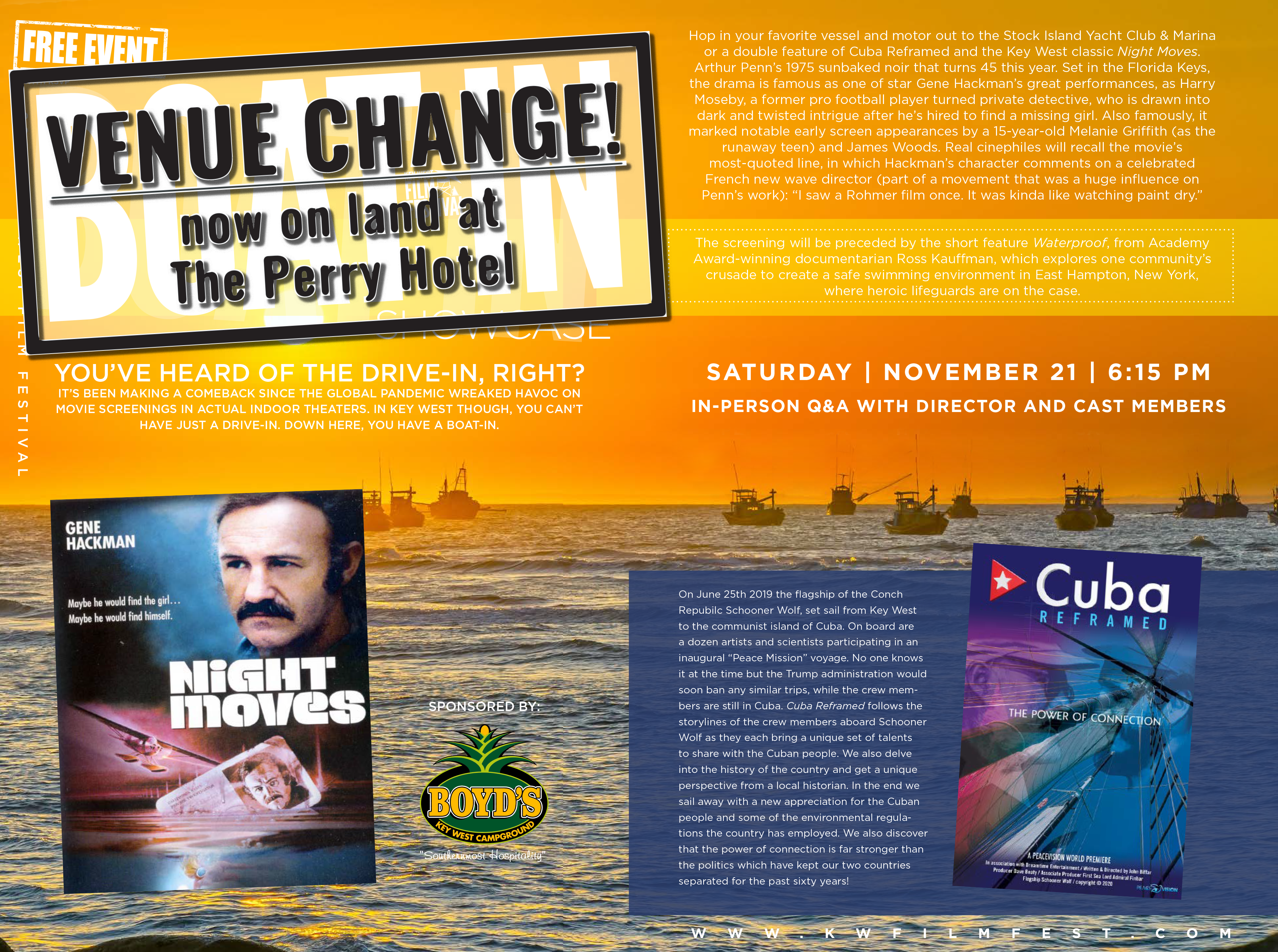 YOU’VE HEARD OF THE DRIVE-IN, RIGHT?

It’s been making a comeback since the global pandemic wreaked havoc on movie screenings in actual indoor theaters. In Key West, though, you can’t have just a drive-in. Down here, you have a boat-in.

RSVP NOW
Event: Saturday, November 21, 2020 at 6:15 PM
Venue: The Perry Hotel
Includes an in-person Q&A with the director and cast members.
Bonus Feature: Waterproof
The screening will be preceded by the short feature Waterproof, from Academy Award-winning documentarian Ross Kauffman, which explores one community’s crusade to create a safe swimming environment in East Hampton, New York, where heroic lifeguards are on the case. 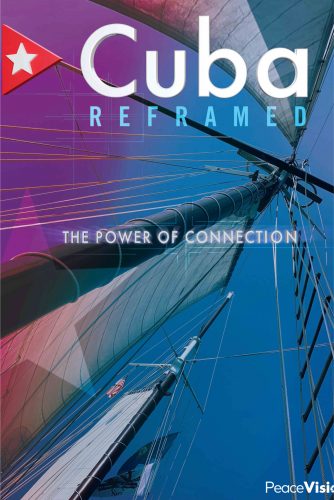 On June 25th 2019 the flagship of the Conch Republic Schooner Wolf, set sail from Key West to the communist island of Cuba. On board are a dozen artists and scientists participating in an inaugural “Peace Mission” voyage. No one knows it at the time but the Trump administration would soon ban any similar trips, while the crew members are still in Cuba.

“Cuba Reframed” follows the storylines of the crew members aboard schooner Wolf as they each bring a unique set of talents to share with the Cuban people. We also delve into the history of the country and get a unique perspective from a local historian. In the end we sail away with a new appreciation for the Cuban people and some of the environmental regulations the country has employed. We also discover that the power of connection is far stronger than the politics which have kept our two countries separated for the past sixty years! 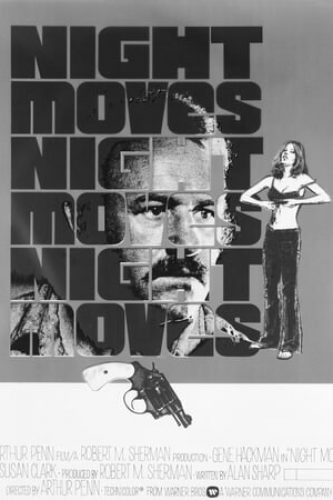 Hop in your favorite vessel and motor out to Stock Island Yacht Club & Marina for a double feature of Cuba Reframed and the Key West classic Night Moves. The movie is a Key West classic: Night Moves, Arthur Penn’s 1975 sunbaked noir that turns 45 this year. Set in the Florida Keys, the drama is famous as one of star Gene Hackman’s great performances, as Harry Moseby, a former pro football player turned private detective, who is drawn into dark and twisted intrigue after he’s hired to find a missing girl.

Also famously, it marked notable early screen appearances by a 15-year-old Melanie Griffith (as the runaway teen) and James Woods. Real cinephiles will recall the movie’s most-quoted line, in which Hackman’s character comments on a celebrated French new wave director (part of a movement that was a huge influence on Penn’s work): “I saw a Rohmer film once. It was kinda like watching paint dry.”