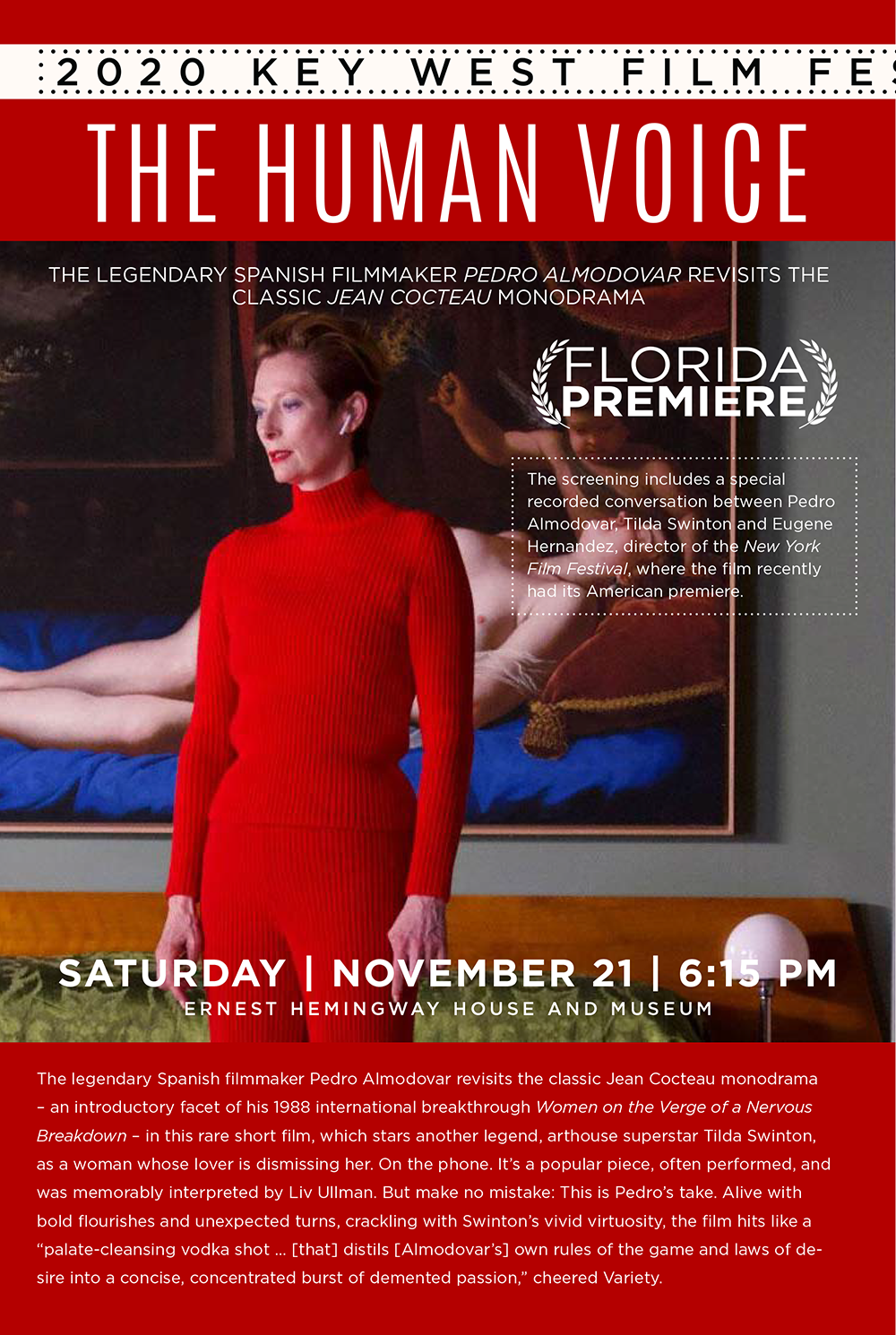 The legendary Spanish filmmaker Pedro Almodovar revisits the classic Jean Cocteau monodrama – an introductory facet of his 1988 international breakthrough Women on the Verge of a Nervous Breakdown – in this rare short film, which stars another legend, arthouse superstar Tilda Swinton, as a woman whose lover is dismissing her. On the phone.

It’s a popular piece, often performed, and was memorably interpreted by Liv Ullman. But make no mistake: This is Pedro’s take. Alive with bold flourishes and unexpected turns, crackling with Swinton’s vivid virtuosity, the film hits like a “palate-cleansing vodka shot … [that] distils [Almodovar’s] own rules of the game and laws of desire into a concise, concentrated burst of demented passion,” cheered Variety.