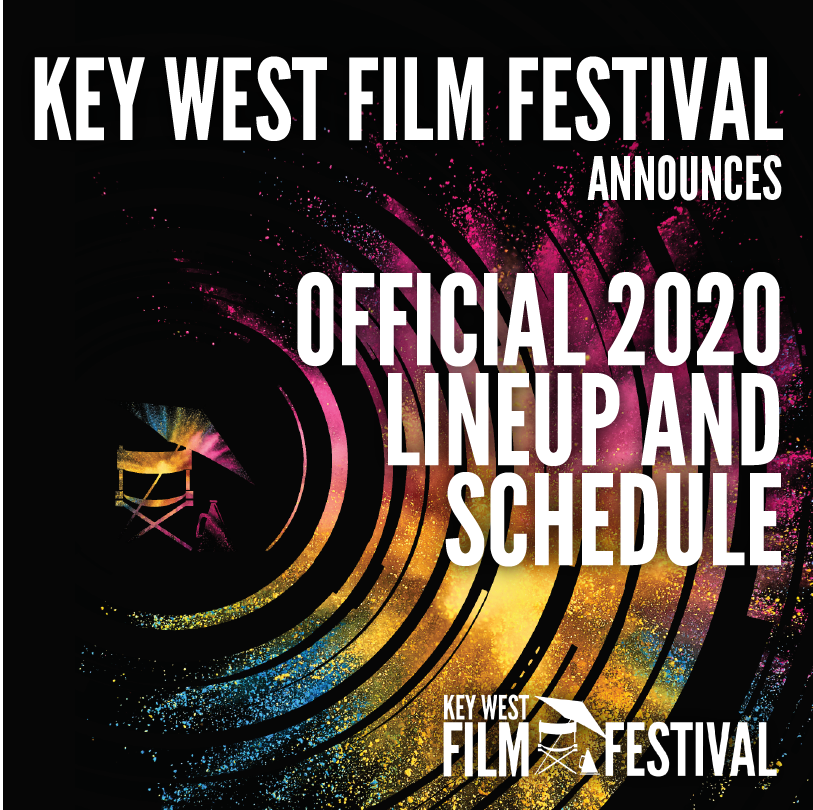 This article has been updated since publication to include relevant links.

The 9th Annual Key West Film Festival’s official 2020 lineup features the Florida premieres of many standouts from Sundance, Cannes, TIFF and NYFF along with a special World Premiere. More than 60 feature and short films will be shown during the 5-day festival, November 18-22.

All films will be shown at outdoor venues – including the Ernest Hemingway House and Museum, The Oldest House of Key West and The Lawn at Perry Hotel – with socially distant seating set up under the stars. Many films will feature livestream and pre-recorded Q&As.

Narrative, documentary and foreign language films are interspersed within the programming for this year’s festival, featuring a variety of themes near and dear to the culture of Key West: films about Women, LGBTQ, Music & Arts, and Florida Films.

Florida film premieres at KWFF include Oscar winners Julia Reichert and Steve Bognar’s “9 to 5: The Story of a Movement.” Long time Key West winter resident Julia Reichert will be presented with the prestigious Golden Key Award. The film will play as a double bill with the 40th Anniversary of the 1980 film, “9 to 5”.

Other Florida premieres include Sundance and New York Film Festival selection “I Carry You with Me” directed by Heidi Ewing, Sundance selection “Max Richter’s Sleep” from Natalie Johns, Telluride standout “Truman and Tennessee” directed by Lisa Immorino Vreeland, Cannes thriller “Sweat” directed by Magnus Van Horn, TIFF selection “No Ordinary Man” directed by Ainslee Chin, Nashville Film Festival winner “Can You Hear My Voice” from Bill Brummel, and Pedro Almodovar’s “The Human Voice” which premiered at the New York Film Festival. A portion of “The Human Voice” premiere discussion conducted by NYFF’s Eugene Hernandez with Almodovar and Tilda Swinton will be shown after the screening.

Playing to the music theme of KWFF2020, the festival will open with a 50th Anniversary screening of “Gimme Shelter” at the Coffee Butler Amphitheater and will close with the World Premiere of Doug Blush’s “Rock Camp,” which will be attended by the director, producer and special guests from the film.

Director of Programming Michael Tuckman says, “It’s cliché to say how challenging 2020 has been, but we couldn’t be more proud of the festival adapting to these times to ensure everyone’s safety. Having screenings outside allows us to create that communal feeling which makes the festival what it is, and being able to show so many Florida premieres is a testament to the faith filmmakers and distributors have placed in us, for which we can’t thank them enough. A film like “Rock Camp” at its core is about dreamers who are doing it. If that doesn’t sum up the spirit of Key West, I don’t know what does.”

Special events this year include the presentation of the fifth annual Golden Key for Costume Design, honoring Francine Jamison-Tanchuck, whose upcoming work will be showcased in Regina King’s “One Night in Hollywood”. Dr. Deborah Nadoolman Landis, a former governor of the Academy Awards for Costume Design, will lead a conversation with Ms. Jamison-Tanchuck and show clips from the film and her other works.

New to the program this year is the first ever KWFF “Boat-In.” Similar to a drive-in, audiences will be able to view films from boats and on the lawn of the Stock Island Yacht Club on Saturday, November 21. Audiences will be treated to the Florida premiere of “Cuba, Reframed” which follows a group of Key West locals on a peace mission to Cuba aboard the storied Wolf Schooner. Following that premiere is a 45th Anniversary screening of Arthur Penn’s “Night Moves,” in which Gene Hackman travels to the Florida Keys to solve a missing persons case.

Four separate shorts film programs will be presented at the festival, covering World Comedy, World Dramatic, Florida and Student Filmmakers. Cash prizes of $3000 will be handed out to student filmmakers as part of the inaugural Kimberly Peirce Student Filmmaker Scholarship, with Peirce being a Florida-born filmmaker herself.

All-Access Passes are available for just $99. Check the lineup for information on special free events.

The complete line-up is as follows. Eugene Hernandez, director of the NYFF and Brian Brooks of Cinetic Mediea assisted curation of the LGBTQ programming. Florida features and all shorts programs were curated by Mike McNamara. Florida festival premieres are designated with and asterisk:

KWFF’s Critics Focus program, enhanced with the juried Critics’ Prize, along with the Costume Design Focus, marks the Key West Film Festival as a vital stop on the awards season’s fall festival circuit. These programs are designed to support film criticism and craft while giving audiences greater context and perspective through public conversations guided by expert voices.

About the Key West Film Festival

Honoring creativity, diversity, sustainability and beauty, the Key West Film Festival is an annual celebration of film and filmmakers set to take place November 18-22, 2020. The festival will feature all outdoor screenings this year with socially distant seating and strict adherence to local health guidelines.

A diverse, entertaining and artistically rigorous selection of films will be represented through a broad array of categories that offer opportunities for filmmakers, both aspiring and established, to commune and exchange ideas while showing their work to audiences in an historic and artistically vibrant tropical paradise.